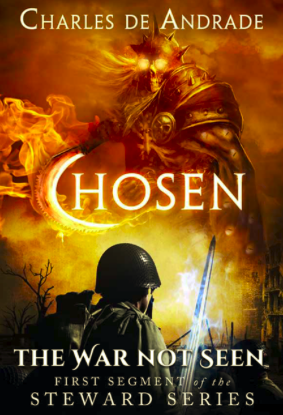 Chosen to be the recipient of a great gift, Glenn Hitch receives a title pointing to the destiny all mankind was originally purposed for. Glenn’s new abilities include the same gift granted to Elisha’s servant in answer to the prophet’s prayer: the ability to see the true reality of the war he was engaged in. The struggle not with flesh and blood, as so many would readily assume, but instead with the spiritual forces that feed on and drive much of the conflict in this life. Glenn must learn to balance the demands of love and the requirements of service that flow from these new abilities. Glenn knows what many deny: there really are angels and demons, and both are involved in people’s lives and decisions. By serving others who doubt that truth, Glenn searches for the answer to the questions that haunt him the most: Why was I chosen, and what does it mean to be chosen?