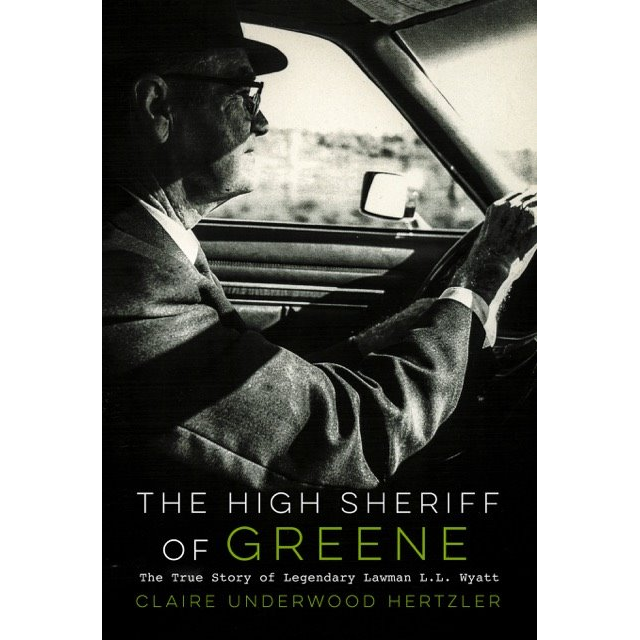 The High Sheriff of Greene: The True Story of Legendary Lawman L.L. Wyatt

L.L. Wyatt was recruited, at age 21, to Greene County during Prohibition of the 1920s to break up a thriving moonshine industry. Known as the moonshine capital of Georgia, this little area east of Atlanta was the source of liquor for the best hotels in Atlanta and across the South. Young Wyatt’s battles with the bootleggers soon made him a larger than life figure. Stories of his fearlessness, his agility, his honesty and his fairness in enforcing the law rippled throughout the county Greene and swept all citizens up into the aura of L.L. Wyatt.  Bolstered by a sense that God was protecting him, Wyatt was totally fearless. He was “shot at, spit upon, bitten, and cursed,” but in five years, he transformed the reputation of Greene County to one of the most crime free in Georgia. For 52 years, he was on the job confronting the ongoing battle between good and evil. Wyatt, at 70, received national acclaim and the attention of Hollywood when he stopped the car of armed bank robbers and freed two hostages.

More than a story out of the past, Sheriff Wyatt shows the reader that one person can change his/her culture. His ideals challenge law enforcement and society alike to hold a firm respect for the law while enforcing it in a manner that preserves dignity. Long before integration, Wyatt was known as “the black peoples’ friend” and the “white people’ friend.” He was a community-oriented lawman before anyone ever heard of one.

This story is set in an area rich in Georgia history described well by the author.