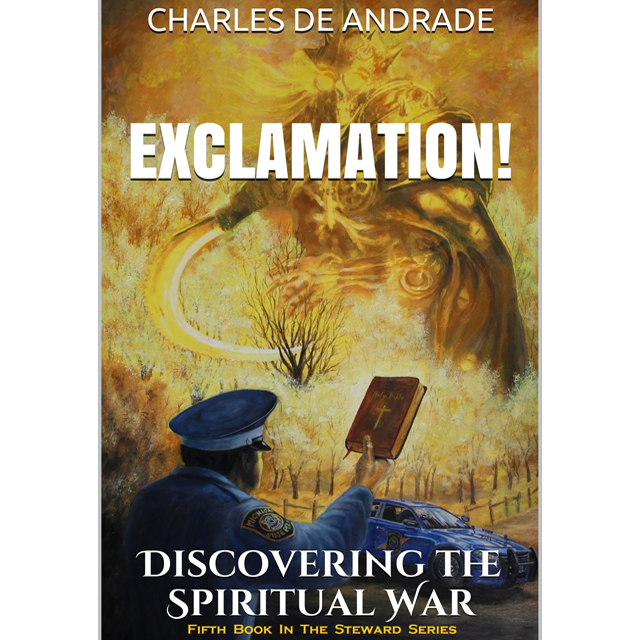 Exclamation! (Book 5 in the Steward Series)

“Cursed is the man, who is hung on the tree.” Those words found nailed to the tree where the man was found, adds to the clues, as to who committed the crime. Ken Farr, the small-town chief of police, and the son of a local pastor is haunted by the memory of the crime that opened his career. His father is also embattled, facing legal challenges as he attempts to rescue another person snared by the same forces behind the unsolved crime.

Meanwhile, in Washington D.C. a local girl is closing in on her dream. Kristin Rosewood is in her element, with her husband the apparent Vice-Presidential candidate replacing the retiring current incumbent. With her wealth, beauty and smarts, she has escaped the small town, chasing her dream while listening to her guiding voice, who has helped her remove the entanglements of a former husband and a lover while guiding her into increasing wealth and power.

Her past holds the keys to revealing the true mastermind of the crime that Ken Farr is seeking to solve. His investigation uncovers the real struggle…not with flesh and blood but with the spiritual forces of wickedness.

Exclamation is the moment of discovery, when the curtain hiding what is real is torn open, and the truth is exposed. Who will survive that unveiling?